These under-the-radar national monuments are totally stunning, and they’re right in your backyard…

Editor's Note: With COVID-19 restrictions easing in many states across the U.S, people are starting to travel again. According to AAA, "more than 37 million people are expected to travel 50 miles or more from home, an increase of 60% from last year when only 23 million traveled, the lowest on record since AAA began recording in 2000." That is still 6 million fewer than 2019, but a significant indicator that the worst may be behind us.

Thinking about travel options, we ran into this piece by Ashlea Halpern for Afar, in which she talks about National Monuments as a travel option. Most are smaller and less crowded than the major national parks and might be worth considering if you want to hit the road but still remain cautious about the lingering presence of COVID. We'll present four here, then give you a link to the full article to see her full list of seven Monuments to consider for your own travel plans.

What’s the difference national parks and monuments? National parks are protected for their recreational, educational, and scenic qualities. National monuments are preserved because they are historically, scientifically, or culturally important. The Statue of Liberty and Mount Rushmore are both national monuments, as is Stonewall in New York City and the Harriet Tubman Underground Railroad in Maryland. From fossil beds and military forts to dense forests and coral reefs, this is why you see so much diversity in the types of places that earn national monument status. Mark your map—these are seven monuments you don’t want to miss on your next road trip in the United States. Congress is responsible for designating national parks, but presidents appoint national monuments. This hulking rock formation in the northeast corner of Wyoming was the country’s first, established by Theodore Roosevelt in September of 1906. Northern Plains Indians consider this site sacred, as do the hundreds of rock climbers who attempt to shimmy up its vertical cracks each year. This alien-like desertscape is one of the most exotic sights in America: 275 square miles of silky-soft sand, as white as freshly fallen snow. Despite the name, it’s not sand you’re seeing at White Sands National Monument—it’s gypsum. And it’s fantastic for scrambling across undulating ridges, photographing the shadows at sunrise and sunset, and sandboarding like a maniac (the visitor center sells waxed plastic sleds for just this purpose). 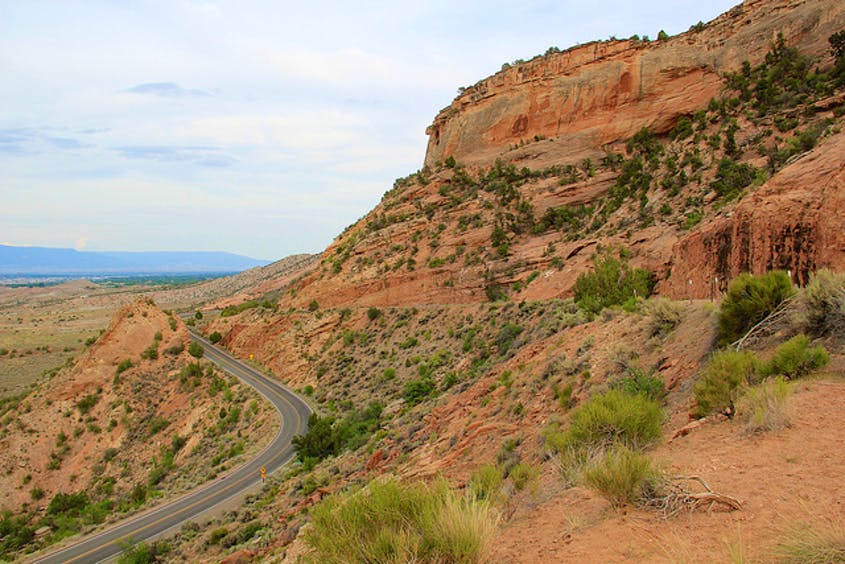 Blind turns, wild switchbacks, and narrow bridges with sheer drop-offs: You haven’t lived until you’ve terrorized yourself with the 23-mile Rim Rock Drive inside the Colorado National Monument. The road can be petrifying, but the scenery—color-shifting sandstone walls, gaping red rock canyons, boulders balanced like a beach ball on a seal’s nose—is such a knockout, you’ll forget about the trials of navigating it. Bonus points for spotting a herd of bighorn sheep bounding sideways up the rocks. This dramatic slot canyon, located 40 miles from Santa Fe, makes for an excellent afternoon hike. The trail to the top climbs 1,100 feet and requires scrambling in some sections. The summit reveals 360-degree views of the conical tent rocks and towering hoodoos, by-products of volcanic eruptions that occurred up to 7 million years ago. For those afraid of heights, the views are just as spectacular on the ground looking up and wedging your body through the canyon’s narrowest splits.

Go to the full article to find out about three other national monuments worth considering for your travel plans: Misty Fjords in Ketchikan, Alaska; Effigy Mounds in Harpers Ferry, Iowa; and Organ Mountains-Desert Peaks in Las Cruces, New Mexico

Search all articles by Ashlea Halpern

Go to the list of most recent Travel Articles

Search All Articles on the site

Keep your face always toward the sunshine - and shadows will fall behind you.