Major League Baseball is Back

Editors Note: The following article was written by Derrick Moore of the U.S. Census Bureau. While all 30 teams were schedued to play when Derrck's article appeared the other day, there were at least two Opening Day cancellations due to the weather and COVID-19 concerns.

“During the late 19th and 20th centuries, baseball was the most widely played sport in the United States, earning the title ‘America’s pastime’… The story of baseball and the story of our nation are intertwined.”

The story continues this year when all 30 Major League Baseball teams play on Opening Day April 1.

MLB has 29 teams spread across 25 metro areas in the United States and one in Canada. Four metros have two teams each:  the three largest — New York, Los Angeles, and Chicago — and No. 12 San Francisco.

The 30th MLB team, Canada’s Toronto Blue Jays, is in a metro area with an estimated 6.3 million population, so would rank sixth if it were in United States.

Of the nation’s 21 largest metros, all but one has an MLB team: Riverside-San Bernardino-Ontario, CA Metro Area, just east of Los Angeles, with a population of 4.7 million.

Major League Baseball today has 15 teams in each of its two leagues — American and National — and five teams in each of six divisions. Find all those teams on the map and a few things will pop up (pun intended). 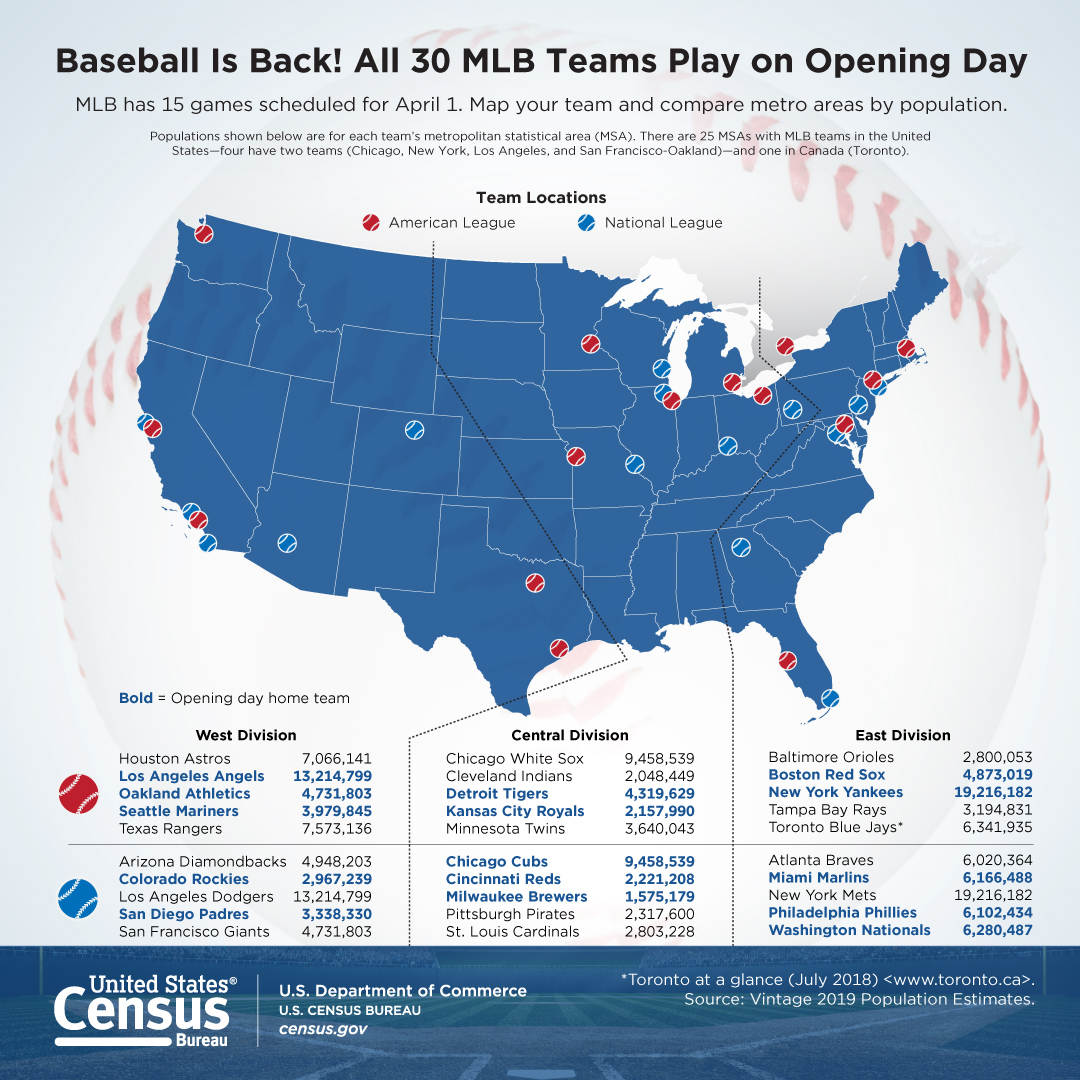 Twenty-five of the top 40 metro areas in the United States have MLB teams. As the ranking table below shows, 20 teams are in the top 21 metros and just five are in the remaining 19 metros. 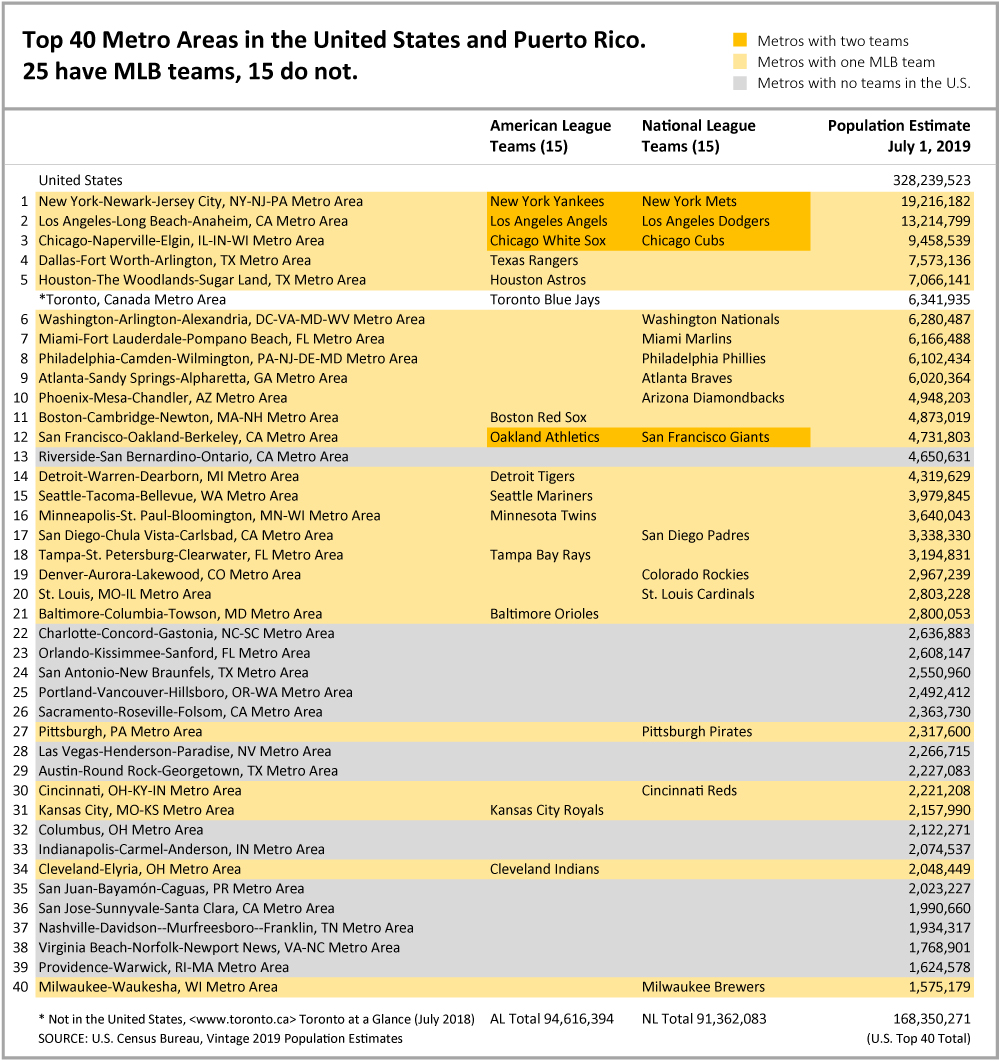 Derick Moore is a senior communications specialist at the Census Bureau.

Go to the list of most recent Hobbies & Lesiure Articles

Search All Articles on the site

The other kind of freedom is the freedom to take care of ourselves and of each other.